One of the main goals to is improve cycling conditions in Târgu Mureș and fighting for a sustainable urban mobility. In this field Mures Community Foundation is organizing annually 3 big events for cyclists - Critical Mass (twice a year - April and September) and SkirtBike. During the European Mobility Week they have a lot of awareness actions, like Traffic Snake Game, and Walking Streets, Parking Days, Breakfast for Bikers. In the last 6 years Mures Community Foundation has studied every year the number of traffic accidents in which cyclists were involved – and they have found out that 50% of them are happened because the cyclists didn’t respect the traffic rules. As development of the cyclist infrastructure is not a task of a civil organisation, they have decided to implement a cycling education program. The name of the program is Velo Academy, that targets pupils between 14-18 years how to cycle respecting the traffic rules. The basis of this program is the BringaAkadémia program of Vuelta Sport Association. Mures Community Foundation has been involved in the previous Safe4Cycle project also. 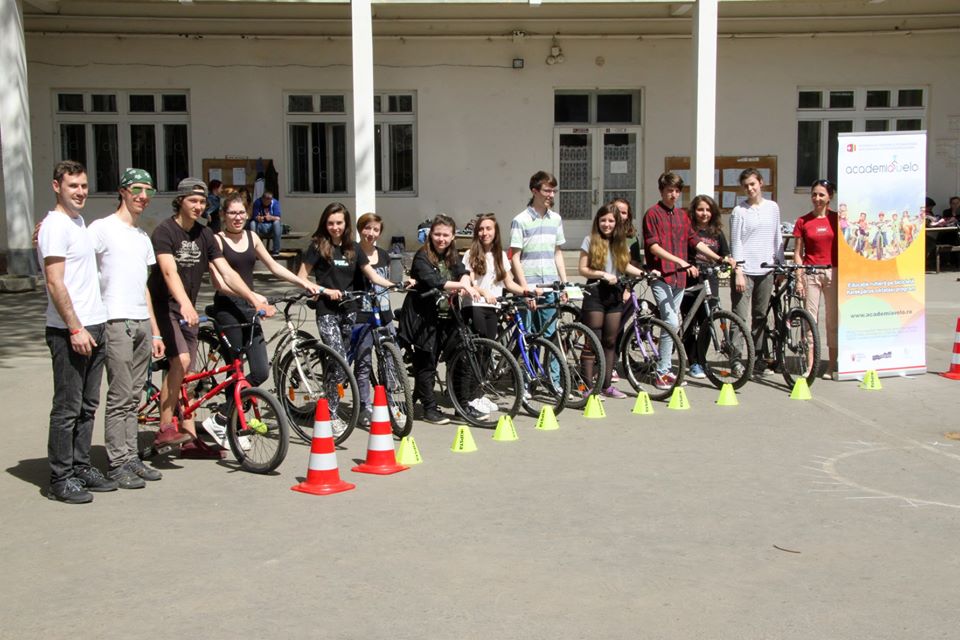